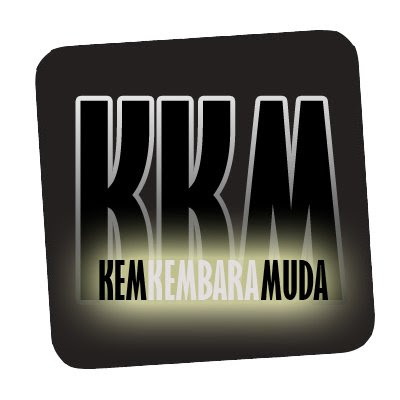 I am a bit new in designing...
So I do not know wheather my artiristic skills reach the standard of an artist or not..
So I want others to comment my design....
How is it?
Posted by Amin Misran at 11:49 PM 9 comments 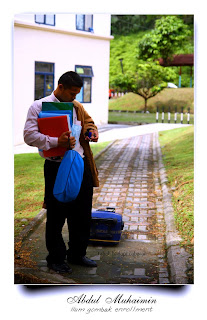 Alhamdulillah...
I have made it to UIA Gombak....
I am taking LLB, Bachelor in Laws (Honours)...
Willing to be a lawyer Daie....
But, a quote by a sister I know haunts me...
Making me worry all the time...
she said "Dulu semasa kita di MATRI (my former high school) kita kuat, tetapi mengalami kejatuhan di University adalah hakikat."
The very question I must ask my self is "Will I Istiqamah in this path?"
I know that the path carved by Rasulullah and his companions is a breath taking path...
The word of Islam is only can be spread by BLOOD....
But, can I continue on the path Rasulullah has started?
This is my job to be firm always.... Be on the right lane.... Always strengthen up my stand when I go weak....
Posted by Amin Misran at 2:54 PM 2 comments

A Day When Everything Went Wrong 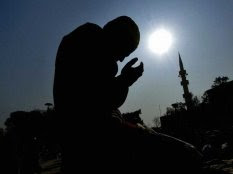 This is my previous entry in my former blog...I think that I wanna share with all of you...One of my favourite articles...I think...May The Blessings of ALLAH be Upon us...ameen..

I woke up with a pain on my neck and a sore on my back. I could hardly turn my neck and move my aching body. I strained to look at my P990i Sony Ericson cell phone on the table. It was already 6.50 am, Oh ALLAH!! I must have overslept. “It looks like today is not my day” I murmured.

As fast as lightning, I ran downstairs to the toilet but only to find it occupied. I could hear my siblings reciting Al-Quran; this meant they had already finished performing Subuh prayer. “I’m very late” I said. Impatiently, I waited for another 5 minutes before my youngest brother appeared. I dashed into the bathroom to do whatever was needed. My Goodness, the water was freezing cold! Those who had their shower before me must have over-used the water heater, making me wait for another 5 minutes in order to use it. “I can’t wait! I’m late!” So I had no choice but to have a quick cold bath.

After washing up I felt more alive. I returned to my room and got dressed for school. It seemed such a long time to get dressed when I had to hurry. I performed Solah and rushed downstairs to the kitchen to grab something to eat.

I was terror-stricken for a minute to see what was left on the table. My watery mouth dried out as there was nothing but cold coffee and bread crumbs left. My greedy brothers had eaten everything. My mother told me that it served me right for getting up late. I sighed deeply and ran out of the house. I mounted on my bicycle and moved 5 meters before I realized that I left my school bag. I dismounted and hurried upstairs to get it. I moved another 5 meters after remounting the bicycle before I realized I had a flat tyre.

It was so infuriating. It was a total screw up. I wanted to scream to death. My neck hurt, my back felt sore, I took a cold shower, had no breakfast and then my tyre was flat. But I calmed myself; I got down, and pushed the bicycle to a shop 500 meters away.

When I reached the shop, I was astonished to see that it was closed. What was I thinking? It was seven thirty. I was so late for school but was too early for the shop to open. So I left the bicycle in front of the shop, praying that they would know that it was my bicycle.

I walked to the bus stand a stone’s throw from there and waited. I tried to recite some versus from the Al-Quran as I forgot to do it this morning. The bus came at eight. I was really late for school.

When I finally arrived at school, classes were in full session. In fact even the first period was over. The headmaster caught me for coming late and gave me an unbearable scolding, but I was in no mood to argue. I just wanted to go to class.

I entered class when the additional mathematics teacher was there. I received another scolding for being late. Five minutes later I received yet another, for forgetting to bring my scientific calculator. How might it be possible to take an additional mathematics test when I had no calculator in hand?! I was neither Einstein nor Ibnu Sina. I couldn’t do this on my own – I mean without using a calculator. So I spent the whole period trying to hide my tears.

The rest of the day was a big mess. I couldn’t concentrate. I felt that I sort of went through each and every period of class half aware of the otehrs. My eyes were on the teacher but I didn’t know which planet I was on. When the bell rang, automatically my thoughts returned conscious again. Only one thing I remembered, home sweet home.

I was so glad to be back home walking. All my money for that day went into my stomach. So I had no money to buy for the bus fee. I thought everything would end up happily ever after but I was wrong. It hadn’t ended yet.

After lunch I wanted to take a nap but I couldn’t shut my eyes. My neck was killing me. So I tossed and turned, I thought that it would make me better but the pain grew even worse. Finally I gave up and went to the garden to relax.

Evening past and but I didn’t even bother to go and play. I just wanted to have dinner and go to bed.

Isya’ came and we – my siblings and me prayed together. After what seemed to be a long wait, my sister told me dinner was ready. I had a quick dinner as I lost my appetite. After dinner, I rested a while, had a shower and went to bed.

Hours past but my eyes didn’t want to close. It was already midnight. The darkness of the night accompanied me. Only dimmed light from the table lamp could be seen. Suddenly, I felt something strange inside me. There was a physical change in my body. My heart was pumping hard. Then my eyes were brimming with tears and it went streaming through my cheeks.

“Today I’ve become a spoilt brat. I forgot about my CREATOR. HE has done everything to me for a good reason. Every hardship I’ve been through today is simply to teach me.” ALLAH didn’t promise that this life would be easy, but HE promises to go with you in every step of your life. You should go anywhere with HIM by your side. “Today is all about teaching me the true meaning of life I’ll face when the time comes. But I failed!! I failed to train myself as a humble servant!! I failed to follow HIS decree!! I failed in every test He gave me today.” “This is nothing compared to what my Palestinian brothers are facing. I am a failure!! Useless!! Our prophet has said that “By remembering ALLAH, our hearts will remain calm.” I didn’t feel calm because I didn’t remember Allah purposely!!” “ I did not attempt hard enough to remember Allah today, I did nothing!!”

I jumped out of bed, took my ablution, and I pleaded for ALLAH’s forgiveness. The pain in my neck was suddenly gone. It suddenly disappeared into the thin air. Nothing is more important than the blessings from AR-RAHIM.

I woke up at 5 o’clock in the morning; I realized that I slept during the last prostration last night. My heart was glimmering with happiness. I have never felt this way before. Glory is to ALLAH. He has given me Skeena and He embraced me. Yesterday has been a hard day when everything went wrong but ALLAH has taught me that it is a day full of Skeena.